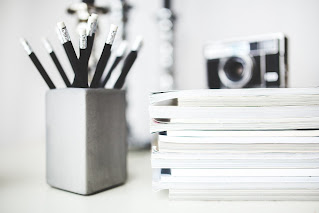 A character sketch makes you know your character inside-out. Suppose you are writing a story. And you have decided how the main character looks. The protagonist of your novel or story sounds jolly and extrovert initially, an introvert in the middle of the story, and a combination of both (an ambivert most probably) towards ending. All this without any strong reasons for the change in their behavioral pattern; Will the readers digest it? In my opinion, your character will not just sound unreal but also lunatic at times. It will either put that character or you out as a person with extreme mood swings!

SO, WHAT SHOULD YOU DO?

Don’t just skip the character formation part. The character development process is as necessary as is story development. You could create a list of flaws and strengths of each of your character and cross-check that none of them is contradictory to each other. Throughout the story, you can keep coming back to this table and check whether the character is the same as you started with, in the beginning, or it has changed without any reasons. Sometimes, the author also forgets, so this table will always be useful in future.

HOW CHARACTER SKETCH HELPS A WRITER?

Suppose you are writing a series and have a long list of characters that you will have to recall every time you are writing, how will you remember all of them? . And on top of that, you also have to keep a note of their progress throughout the series. Here, keeping a list of character sketches will come handy. You can always come back and read that if ever you forget.

A character sketch also gets you to know and be friendly with any of the character from your novel, before you introduce them to the whole world. I too experienced many phased-out periods as a writer, where I made many conceptual errors while creating my characters but only realized it after completing the whole story. So, I am sharing a few ideas that might work for you. These worked for me, some of them may work for you too. Have a look:

Sometimes it might happen that you don’t get perfect words to describe your character. But you actually have an image of it already in your mind, you only can’t pinpoint it. What should you do then? Just like you used to learn periodic table and other complicated studies through acrostics, you can make use of different methods to create a clear image of your character. The kind of music they prefer, the games they like playing, their favourite colour quotes that better suit their personality, books they like reading, the kind of movies they prefer, what was their favourite subject as a kid? et al. All our likes and dislikes define our personality and speak volumes about ourselves more than we know ourselves!

Mostly, this depends on the person who is writing it. But, if you are new to this, it is always better to know when to stop, because the main objective was to create a character for your story and not write a whole book describing just one character. We often tend to be over-informative (especially when we have an uninterrupted internet connection!).

3. THINK OF THEM AS FRIENDS

Isn’t it easier to define people who we know closely? Most of us will agree. So, this technique could work for you. You have to simply provide a few details in a manner as if you are telling someone about your BFF!

The details should be crystal clear. If you want to take some time— take it. But don’t create a character sketch which is very confusing and has some contrasting qualities like the character is emotional but never cries, even fiction needs to sound believable.

Every character should have some quality which could make them memorable. A quality which should make them ‘WHO’ they are. The habits which set them apart from the rest of the group. They don’t necessarily have to be positive traits. They are also known as character quirks and are included to set your character stand apart from the rest of the world. It could be anything like a birthmark, eating habit etc. For instance, the lightning mark on Harry Potter’s forehead, Sherlock Holmes’ cigar, limping walk of Hercule Poirot, Ron Weasely’s fear of spiders etc.

5. USING TOOLS TO AMPLIFY YOUR CREATIVITY

Unless you are extremely confident about your ways and have a clear mental image of all your main characters, it is always beneficial to make use of all available modern sources of help like the applications and software designed especially for writers. For example, Scrivener is a great tool to design your protagonists and keep modifying them until you feel good about it. Even if you don’t like it, create your folder containing different sketches and categorize them properly so that they can be used when you are in the middle of your story and you need help.

Many writers know from the starting that their characters will go through some conflicts which will change them in the later part of the story, this gradual change is called a character arc— you can either write it in different parts or define gradually the change that your character went through. You can even write it in the first person where the character is narrating the story of their life and about how they are a changed person now.

Talking style also differs from person to person. It could reveal a lot of info like the background— where they belong; the level of education, friend circle, philosophy of life, thinking, temperament etc.

Always prefer that you remove the dialogue tags, maybe not all through the story, but at least at some points, they can be skipped for two reasons— the first one would be that it will help you identify the different tones of different characters without needing to mention their names. Secondly, they would help you understand whether they are unique and seem real or not. Practice dialogues alone sometimes, without the presence of description. We are all good with descriptions because some way or the other we have practiced description writing, but maybe not dialogues. Also, only describe their way of speaking— tongue in cheek? Too many hand gestures? Fumbling? Loud? Slow? Etc etc. Make your dialogues fill-up the empty scenes and make them as lively as possible. The reader should be able to imagine the scenes in their head. They should have created an image of each of your characters by now and even their tone of speaking. Try using the common dialogue tags such as "he said", "she said" or "he talked", "they responded" as less as possible. These dialogue tags are mostly preferred in newspapers and are used generally in formal communication.

You must have got many bits of advice with the tenses that are preferred more or that they would sound better than any other narration style. But, I do not agree with it and so does many other writers who have chosen their own path than to follow someone else's footsteps. Creativity can never be restricted. It is not rigid, it is rather more free and flowing. Some like writing it in the third person while others write it in the first person as if the character is them-self narrating their own story. As about the tenses, the same thing applies, it can either be in the present or past tense.

Every minute detail means a lot. Naming the characters is considered as a lousy task and people often forget about it. The Harry Potter series had several characters, and all of them had a hidden meaning that really had a significant link with the character’s behaviour or role in the story. The best you could do is to try searching names from a book or something related to history or ancient fables and mythologies, you could get suitable and interesting names for your characters there.

Yeah, you read that right! Eavesdropping around a shopping mall or in a park could help you get closer to your purpose of loitering around— After all, you are there to get not merely a whiff of fresh air but also some juicy ideas to include in your story. It is a kind of art form and many authors eavesdrop on conversations just for getting dialogue ideas for their stories.

SO, THE CONCLUSION IS...

Earlier written just as a part of thought processing and research work for your story— character sketch is now in itself considered a writing style, to distinguish different characters. Think about the benefits it could provide you in knowing your characters are well planned and you know them well before launching it in your story; the hair cut they carry, the way they talk or maybe walk. Do they walk with a limp as Hercule Poirot would walk in the mystery world created by Agatha Christie?

There are many formats available online to help you with but know this— use different methods and try whichever you think is helping you grow your story rather then making it more tedious. If some trick makes you feel lousy and work-like— change it. Stephen King never prefers to note down details before starting the topic— he always goes with the flow; likewise, Khaled Hosseini also prefers going with the flow. Both of them only prepare a rough outline. On the other hand, J.K Rowling keeps all details well planned in advance. Keep writing. Keep practicing. Your story is one of a kind— narrate it to the world.

Popular posts from this blog

How to deal with writer’s block

November 17, 2020
When writers sit down to write, they don’t start writing in a flow. It takes time because creativity also needs time. Even writers can get exhausted. A mind has to take in information, process it and then give out unique and interesting results. Sometimes you don’t find any external or internal motivation or inspiration of any kind to keep moving further in your story. Even great thinkers and writers of their everlasting classic era, like F.Scott. Fitzgerald had a brief stint of writer’s block. Never get disheartened, just give yourself some time off. These points would be beneficial if you just have a glance at it:   1)  Dare to dream: Think of situations that you had never dared to. Make those things possible in your dream that you had never expected of this life. Are women ruling the world? Just discovered a hidden but well-developed animal society? It is your dream, make anything possible!   2)  Making changes:  Some researches show that changing the time of the day when you sit
Post a Comment
Read more

5 Books to Read on Creative Writing Before You Start Writing

November 25, 2020
Artistic enough, are you? Let us start by reading some tricks to use before getting into the field. What best than to read a few books containing the wisdom of various writers who have already tried their hands in it, right? You should mull and muse and discover the new depths of your mind. Read till the sun comes down, keep dreaming till it comes back up again and never say never! Here are a handful of picks that would keep you motivated and guide you through the dark tunnel that some people call the writer’s block , while others simply call it a confused phase; read on or through many other phases of writing:   1) On Writing: A Memoir of the craft This book is a must for every author. It gives us a chance to peep into the life of our besotted author Stephen King. To get you an insight into his world, I would better quote the man himself: “Writing isn't about making money, getting famous, getting dates, getting laid, or making friends. In the end, it's about enriching the live
Post a Comment
Read more

Cut-Short
Too little to speak when you day-dream!